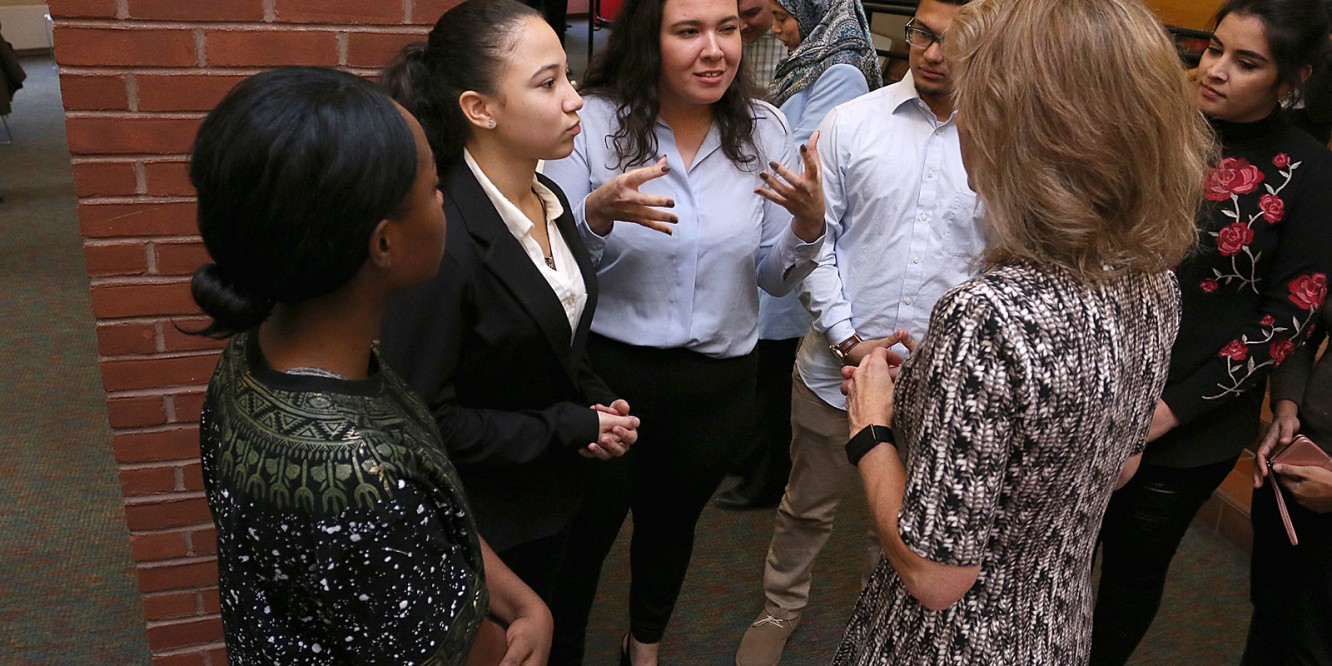 Here’s a riddle: A father and son are in a horrible car crash that kills the dad. The son is rushed to the hospital and just as he’s about to go under the knife, the surgeon says, “I can’t operate, that boy is my son!”

Time to be honest with yourself, what are you thinking right now? Wild family conspiracies? Did the father come back as a ghost? If you answered “yes,” you get points for creativity! However, the correct answer is the doctor is a woman and the boy’s mother.

If you did not come up with that answer, you are part of a shocking majority. But why do so many of us fail to consider that possibility?  I have my own theories, which I can back up with my own experiences (and I’ll wager that at least half the world’s population probably have similar experiences).

For far too long, women have been underestimated, undermined, misrepresented and given very  few opportunities. We don’t usually see women, especially women of color, in top positions. They are usually absent from the places where big decisions are being made, among the people who are given the benefit of the doubt, and who can get away with things while also making the big bucks.

The reason for this lack of opportunity is not a lack of capability. It is because of outdated societal standards, expectations and patriarchy constructed to hold certain groups of people down, while others are allowed to thrive. This has always been something I took issue with.  All too often, women are brought up to lower our  voices (literally and figuratively) and endure. Society does not like “troublemakers.”

My decision to move to the United States from my home country of Germany was motivated by my lack of patience for small-town living. I was tired of confronting small-mindedness, and equally tired of facing limited opportunities for people with big dreams and even bigger goals.

At MCC, I felt I was taken seriously, my viewpoints accepted and, most importantly, respected.

Going to college in the U.S. was a big step. During my intense search for good and affordable colleges, I came across Middlesex Community College. Once I arrived on campus, I immediately felt welcomed and comfortable – which is one of the first things you pay attention to as a foreigner looking to integrate into a new society. Remember, I did not know anybody in the United States.

At MCC, I felt I was taken seriously, my viewpoints accepted and, most importantly, respected. The support I received from a multitude of people studying or working at the college helped rebuild my confidence – and my confidence in humanity. I got a sense that this could be the place where I could start realizing my goal of becoming a better leader, supporter, listener and, quite frankly, the best version of myself.

During my first semester, I started putting myself out there. I participated in multiple clubs, volunteered, and willingly walked into challenging – and quite often uncomfortable – social situations for the sake of personal growth. During that time, I discovered the motto I now live by: “Get comfortable with the uncomfortable!” If

it wasn’t hard, you would not grow from it. Nor would you appreciate or utilize all the amazing talents you have – or the possibilities you open up for yourself.

Knowing this, I started to engage in MCC’s Women’s Leadership Network, eventually becoming president. That was a big step for me. Not only did I get to challenge myself, but I also had the opportunity to share my experiences with others. I challenged our membership by creating workshops on public speaking and business etiquette, and set up meetings with guest speakers. These opportunities allowed students to make lasting connections that will eventually help them advance on a personal and professional level.

Women, especially, need a place where they can feel comfortable being themselves, where their unique talents are seen and supported, and where the tools to success are provided. Eventually, if we all work together and believe in the ability of women, a surgeon who happens to be female will be the first thing – not the last thing – we think of.

If you are interested in reading more about local feminists, entrepreneurs, activists, and cool people, check out my blog and read “THE F WORD” series!